Cannabis vs Opioids, What Deals Better with Chronic Pain? 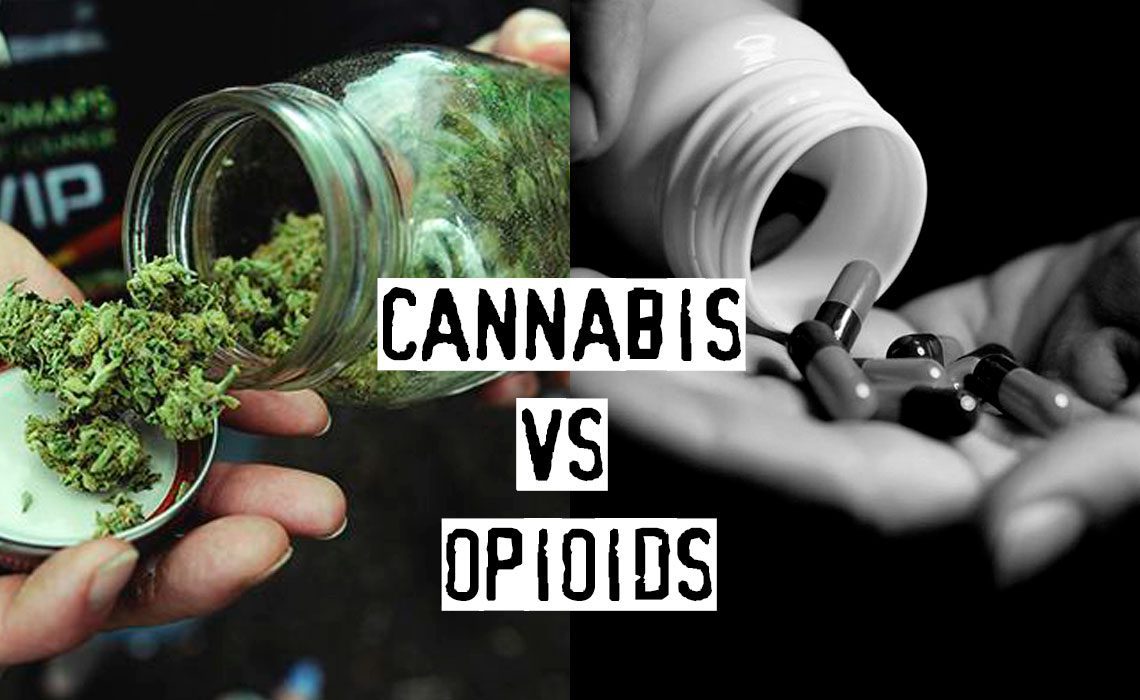 To control chronic pain, patients are usually prescribed strong painkillers, and one of the strongest types is opioid-based drugs like morphine. While opioids can help reduce pain, it has a very high risk of addiction and overdose.

Nowadays, an increasing number of patients are switching to cannabinoid drugs like cannabis oil to help control their chronic pain. Not only is cannabis effective, but safer than opioids as well when used as one of the treatments for chronic pain.

What is a cannabinoid?

Cannabinoids are produced by the cannabis plant. According to studies, there are over a hundred different types of cannabinoids. But of these numbers, only a few have been extensively studied such as THC, CBD, CBN, among others.

The first cannabinoid to be discovered was CBD in 1940 by Robert Cahn, a British chemist. A couple of years later, CBD was successfully isolated by Roger Adams, an American chemist. THC was soon discovered by Dr. Raphael Mechoulam in the early 1960s.

Facts about the cannabinoids

These cannabinoids produce therapeutic effects on the body. They can help control several symptoms. They are also used as a chronic pain treatment.

Cannabis is legal in Canada, both for medical and recreational use. If you want to try cannabis for chronic pain, you can buy legal cannabinoid products like oils and tinctures from your local dispensary. You can even order them online through online dispensaries.

The legal age to use cannabis is 19 years old. However, in Quebec as well as Alberta, the legal age is 18. While you can easily and legally buy cannabis in Canada, know that you will have to show a valid government ID to be able to purchase weed from online cannabis shops and in brick and mortar dispensaries.

As for the methods of administration, you can either smoke weed or vape them if you want fast onset of effects for your chronic pain. However, if you want a longer duration of effects, you can benefit more from edibles which you ingest or oils and tinctures which you place under the tongue. You can also try topicals for painful joints and muscles.

What are the effects of cannabinoid drugs?

Cannabinoids offer many therapeutic as well as beneficial effects on the human body. There are also fewer cannabinoids side effects compared to opioid drugs.

Compared to other painkillers, cannabis purchased from online weed store, according to some studies, has a good safety profile. Although heavy and chronic use of cannabis can also lead to dependence as well as addiction, there has been no report of any death caused by cannabis.

For cannabis to become lethal enough to kill a person, one would have to consume a very large amount of cannabis, say 1500 pounds of weed in about 15 minutes.

Compared to other drugs like opioid based painkillers, cannabis does not significantly and negatively affect our major physiological functions such as breathing, blood pressure, temperature, as well as heart rate.

Can you overdose on cannabinoids?

No. Cannabis as a pain med, alternative medicine, and even recreational drug cannot cause an overdose. Using it does not significantly affect our vital signs. Unlike opioid painkillers, cannabis will not cause great changes in our breathing pattern as well as heart rhythm. There are only a few cannabinoid receptors to activate in the brainstem, which is the brain region that controls breathing and heartbeat.

It will also not cause significant changes in our temperature as well as blood pressure. If you have a heart problem, precaution is still advised though if you’re going to use cannabis as a treatment option.

Who can receive cannabinoid and opioid treatment?

Cannabis, on the other hand, is readily and legally available in dispensaries. It can be used for mild to very severe chronic pain. Marijuana vs opioids is safer, more effective, and doesn’t cause overdose.

What are the chronic diseases that cannabis can help treat?

Cannabis is a very good treatment option for chronic pain. It also acts as a powerful anti-inflammatory agent that controls and reduces inflammation. Inflammation, although it is a completely normal and vital protective mechanism of the human body, can also contribute to the worsening of many chronic medical problems, including chronic pain.

Some of the chronic diseases that cannabis can help include chronic pain such as arthritis, back pain, fibromyalgia, severe migraine attacks, diabetic neuropathy, cancer pain, and nerve pain caused by multiple sclerosis. Cannabis can also be used for depression and anxiety disorders as well as epilepsy, autism, Crohn’s Disease, post-traumatic stress disorder, Parkinson’s disease, and cancer.

Cannabis vs opioids, which one should you use for chronic pain?

While both can control pain, opioid drugs have a higher dependence and addiction risk, compared to cannabis. Opioids are highly addictive, both physically as well as psychologically, that we now have an opioid crisis worldwide. This epidemic problem affects millions of people yearly. According to the World Health Organization, opioid overdose has already claimed the lives of over a hundred thousand people.

Today though, more and more people are using cannabis products for their chronic pain. They don’t cause overdose. CBD can also be used for both chronic pain and opioid use disorder since CBD can help control addiction, according to studies.

Opioid painkillers can control chronic pain. But between cannabis and CBD vs opioids, cannabis products are safer. They are also just as effective and will not cause an overdose.