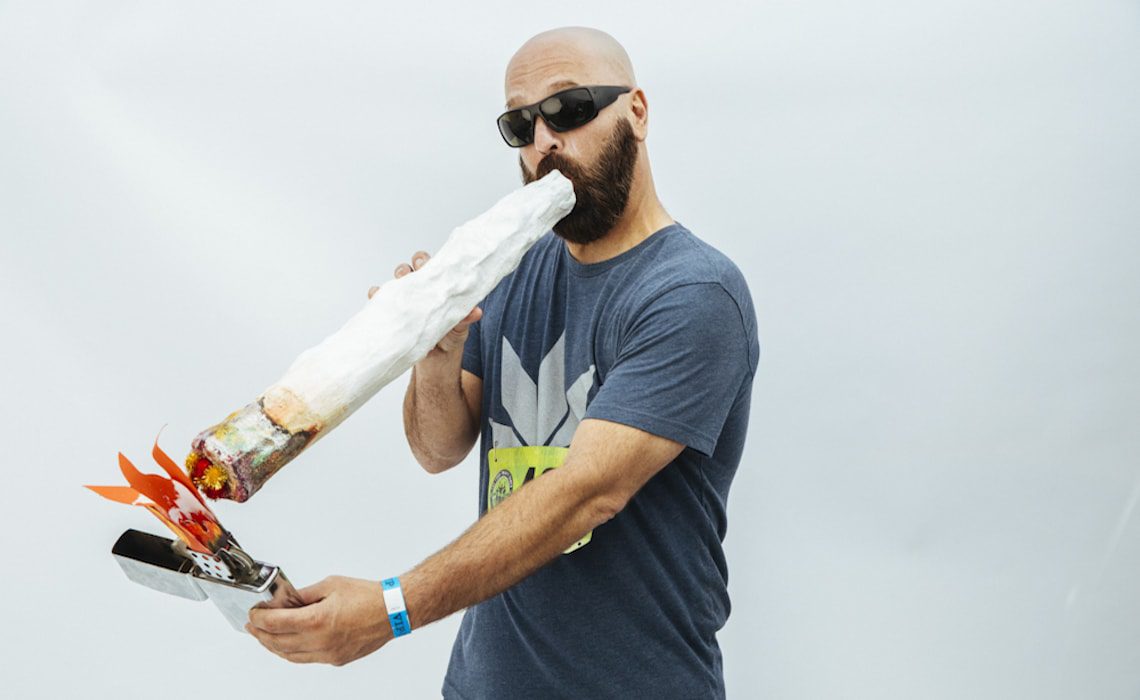 Cannabis is a plant which grows in a variety of climates. It has several active chemicals which produce a euphoric or drowsy effect on the people who take it.

Strains serve different purposes for medicine: one strain can help with certain problems, while another would be more suited to another group of ailments. It is these strains, and the differences in their active ingredients, which allow for medicinal uses in a wider variety of cases than would otherwise be the case. The creation of a wide variety of

Marketing is another major reason for the differentiation between strains – being able to say that particular strains have such-and-such an effect on the person who takes them not only allows for people to pick and choose which type they want, but also opens up the market for people to make more varieties, which they can then market to more people.

Indica plants are found in the Hindu Kush region, and are therefore considered to be best for growing in temperate regions. Indica bushes are smaller, shorter, and overall denser than other varieties of cannabis, while the leaves are also smaller, with shorter fronds. Indica in general has a higher level of THC than do other varieties, which can lead to people having less of a high from indica strains, and more of an overall ‘stoned’ feeling.

Sativa grows in Eastern Asia, and favours dry and arid climates. It grows to be tall and thin, with sparsely placed branches. The leaves are the stereotypical marijuana leaf print that most people have in their minds when the subject comes up; long and thin, with thin fronds which point in various directions. Sativa is higher in CBD than other varieties of cannabis, and it is also the variety which produces hemp, a part of the plant which is not psycho-active in any way,

Ruderalis is a variety of cannabis which is very low on THC. It is native to central and eastern Europe, and while it does not grow beyond two feet, it has the thin stems and thin leaves which are more common to sativa varieties.

Differences between Indica and Sativa

The main difference between indica and sativa is that while sativa is an ‘upper’, indica is a ‘downer’. They are therefore used for entirely different things. Where indica has more CBD, sativa is higher in THC – they both have their uses, medicinally and recreationally.

An indica is best used for a lazy day, or for when you are about to go bed, because it is focused on helping people to relax and calm down. Sativa, on the other hand, is best used for when people want a boost – either in terms of energy, creativity, or simply in terms of the ability to socialise.

Medicinally speaking, this means that indica is normally used for conditions such as pain, spasm, fits, and various mental illnesses such as anxiety. Indica is good for when people need to calm down, but for the same reason, it is not ideal for people who suffer from depression, and other such illnesses. Sativa, on the other hand, is good for giving people a boost, and so is good for general lethargy as well as depression and other things of that nature.

The differences between the two varieties means that many of the strains which are made can be used to good effect to treat conditions which manifest in a variety of ways. Instead of simply treating symptoms, or simply treating the underlying disease. The strains can use combinations of sativa and indica in order to achieve the desired effect.

The Possible Effects of Each Strain

As far as it is possible to determine the effects which each individual strain of cannabis might have on someone, it is entirely dependent on what the strain is made up of, and how it is being used. Each person has different needs from their cannabis, and so will have different methods of taking it, as well as using different strains.

Strains will be different according to the types of cannabis that are in them. Indica heavy strains will have more of a soporific and calming effect, while those which are sativa based will give their users more of a recognisable ‘high’. Similarly, the way in which the strains are used can change their effect. Smoking something will mean a quicker high, since the active ingredients are more quickly absorbed into the body. Using another method of ingesting cannabis, such as eating chocolate, does mean that the effects will take longer to manifest, but they will also last longer, as they will not be metabolised so quickly.

There are noticeable differences we can see in the strains, allowing us to determine to a certain extent what each of them will do. There are, however, also differences which we can’t predict; this means that we can’t really say with any certainty what each one will do to each person.

This strain is made from a combination of Purple Urkle and Big Bud, both of which are Indica strains themselves. As a result, the aroma and taste of this strain is very sweet and berry-ish, with a bud which is relatively compact for its punch. This strain is very easy to grow, and is also good for an indoor grow, as it doesn’t grow more than thirty inches. Despite its size, it does have a very high yield, and flowers in quite a short space of time. The primary effects of Granddaddy Purple are sleepiness and relaxation, which means that the strain is very popular for handling stress, pain, and insomnia. Other effects include euphoria and hunger, so that people often reach for this strain when they are trying to relieve the effects of depression and a lack of appetite too.

Bubba Kush has been around since the mid-nineties, when it first came into prominence for its heavy soporific effects. The parent of Bubba Kush is OG Kush, and so it can offer earthy and woodsy smells and tastes to the user, as well as an overwhelming hashish taste.  The primary effect of this strain is relaxation, so people who use it reach for it when they want to alleviate symptoms of stress or insomnia. A more minor effect is happiness, so this strain can also be quite useful for treating depression.

Northern Lights is quite an old strain, being around since 1985. It is a mix of indica and sativa, being the child of Afghani (indica) and Thai (sativa), so that the effects it gives off are rather different to other strains which are completely indica. This strain gives off a pungent earthy smell, and it combines its sativa and indica parents into several effects surrounding happiness and euphoria as well as relaxation, making this strain good for stress and pain, as well as insomnia and depression. It is a good all-round strain to use.

This is a fairly recent strain, which was created from the combination of Blueberry and UK Cheese, giving a strain which combines the smell of cheese and blueberry for what is described as a creamy nasal and taste experience. Because Blue Cheese was created from an indica and a hybrid, it normally grows to a height of between thirty and seventy eight inches, with a medium sized yield from it. The effects of Blue Cheese are primarily relaxing, sleepiness, and euphoria, which makes it an ideal strain for dealing the effects of stress, depression, and different types of pain.

This is a recent strain, made up of Hindu Kush and Purple Afghani, so it is very indica heavy. It gives an earthy smell and taste, with overtones of grapes and berries for users to enjoy. This strain grows quickly, although it is not as easy to grow as some other strains, and it gives a moderate yield in quite a short space of time. Purple Kush helps people to relax, and also has the effect of making people feel sleepy, happy, euphoric and hungry. For this reason, this strain is very popular for people who are suffering from insomnia, and from depression or stress.

This strain has been around since the early nineties, and is a combination of Chemdawg 91 and Super Skunk. This is not a good strain for growing indoors, as the smell is very strong: diesel-y and pungent, you will be in no doubt of what you are smoking. It is also very tall, at over seventy eight inches, giving a medium yield after about ten weeks of growth. This strain makes people feel happy and energetic, and so is mostly used to treat stress and depression. Other benefits include euphoria and relaxation, which makes Sour Diesel also useful for pain and fatigue.

Green Crack is fairly recent in the annals of cannabis strains, but it is already becoming well-known for its effects. Derived from the hybrid Skunk No. 1, this strain has an earthy but sweet flavour, with citrus overtones. This is an easy to grow strain, which grows quickly and gives a medium yield after seven weeks’ time. The main effect of the Green Crack strain is all sativa – it makes people feel happy and energetic, meaning that many people reach for it when they need relief from stress and depression. It can also help people to feel more focused in general, meaning that Green Crack is useful for fatigue as well.

Jack Herer was created in the Netherlands during the nineties, and is a combination three different cannabis strains, for a very powerful effect. It is one of a few particularly medical-grade strains available. Jack Herer is made up of Shiva Skunk, Northern Lights, and Haze, and it has a woody and specifically piney scent. The growth is over seventy eight inches, and it gives a medium yield. Jack Herer gives feelings of happiness, uplifted ness, and energy, so it is very useful for depression, stress, and general fatigue. It can also create focus, which can also be useful for combating fatigue.

Durban Poison is so named because it was first created in the port city of Durban, in South Africa. Its parent is Africa, a sativa which gives Durban Poison its earthy yet sweet overtones. Durban Poison is a relatively recent addition to the strains we have, but it is one which is already used a lot for its properties. This strain helps people to feel energetic, happy, and uplifted, which makes it the perfect strain for when people are dealing with stress and depression of various kinds. The focus on energising and focus means that it can also be useful for fatigue in general, and also the effects of pain, which can include lethargy and a lack of energy.

Lemon Haze is a very pretty looking strain, which has come onto the scene quite recently, created from parents Lemon Skunk and Silver Haze. It has a very sweet flavour and scent to it, which comes across as generally citrusy, with definite lemon tastes in it. Lemon Haze helps people to feel happy, which means that it is very good for treating stress. A combination of relaxation and euphoria also makes this a very good strain for handling depression, while fatigue is combated by the increased energy which can appear. Lemon Haze is also good for treating pain because of the combination of relaxation and energising which appears, as it both treats the pain, and also any attendant lethargy and lack of energy which is normally attendant on pain sufferers, particularly those with chronic pain, who need a boost along with their relaxation.

How To Vape Weed, Pros And Cons Of Vaporizing

How To Choose High Quality Cannabis