Differences Between Marijuana Edibles And Flowers 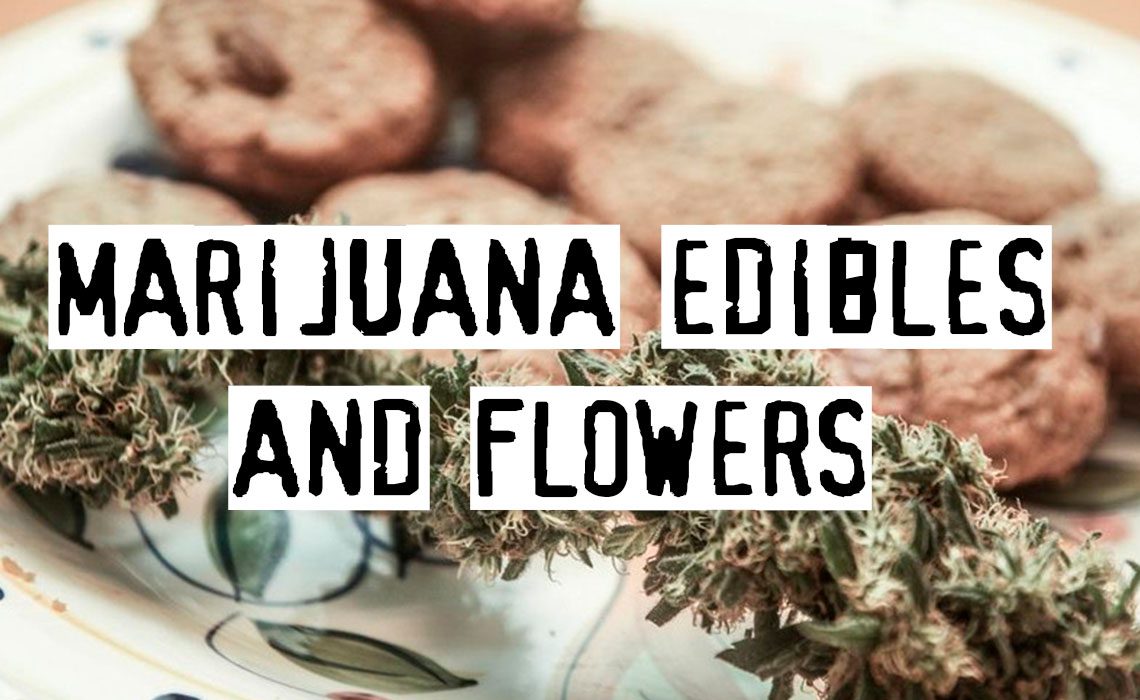 Differences between Marijuana Edibles and Flowers

Marijuana edibles are food products made with cannabis or cannabis oil. These foodstuffs include cookies, drinks, and popcorns among others and are consumed in the normal way as other foods. On the other hand, marijuana flowers are the raw cannabis that is either smoked or vaporized. It is also referred to as bud. Like any other foodstuff, marijuana edibles take time to be digested. This could be between 30 to 90 minutes. This means that it would take time before one is high unlike in marijuana flower whose effect is immediately on smoking. While the edibles maintain their sweet smell, the flowers are associated with a strong skunk smell.

Marijuana edibles are available in liquid and solid form. Many companies are manufacturing solid edibles in the form of cookies, biscuits, popcorns, brownies, chocolates, and even lollipops. In making of marijuana cookies, the regular butter used is replaced with cannabutter, which is butter made from cannabis. Cannabutter contains some amounts of tetrahydrocannabinol (THC), whose effect is no different from smoked marijuana. These cookies come in different flavors to meet different consumers’ tastes and preferences.

Lollipops infused with THC are a common form of marijuana edibles. They are easy to carry around and hence preferred by many marijuana consumers. The amount of THC infused in a lollipop may differ, but the recommended amount is 10 milligrams of THC. Marijuana brownies are a combination of chocolate and cannabis. They too come in different flavors to suit different consumers.

Beverages such as soda, juice, and other soft drinks may contain marijuana. Marijuana alcohol has also gained popularity and cannabis consumers. It is a gateway to consumers who would prefer not to smoke. This type of alcohol can be comfortably taken from a pub or at ones residence.

In edible marijuana, the food goes through the digestion. THC is converted into 11-Hydroxy-THC by the liver. This compound is able to break the blood-brain barrier and hence becomes more intense. Only 10-20% of THC is absorbed in edible marijuana. The effects of THC in edible marijuana are not immediately felt since digestion takes some time. However, its effects last longer.

Inhaled THC is oxidized into 11-hydroxy-delta 9-tetrahydrocannabinol (11-OH-THC). This compound is easily transferred from the lungs to the blood and eventually to the brains.  Around 50-60% of THC is absorbed in inhaled or vaporized marijuana as in the case of flower. At the brains THC causes psychoactive effects. These effects come rapidly, but are easily dispersed.

THC effects may take time to kick off in edibles due to the time taken in metabolism. These effects vary from one edible to another. Edibles with small amount of THC give mild effects with consumers of edibles with large amounts experiencing high psychoactive effects. Due to the uncertainty of THC concentration consumers are advised to take small portions of edibles and be patient to feel the effects. Consumers who are not patient may end up consuming high amounts of THC which could be dangerous.

The duration of THC effects in edibles lasts for hours after ingestion. This duration could be longer, especially in cases where the edible is taken along other drugs or alcohol. When the edibles are taken on an empty stomach, their effects may be rapid and last less than when taken along a heavy meal.

Inhaled marijuana is readily absorbed by the numerous alveoli in the lungs to the bloodstream. It is later transferred into the brains and the effects experienced immediately. The amount of THC in the brain increases rapidly with increased puffs to an optimum level that is reached at the end of smoking. This level is maintained as in a plateau and then start decreasing drastically. Its duration is lower than that of edibles.

The state of Colorado has established the standard amount of THC in edibles to be 10 milligrams. However, it is difficult to accurately measure the amount of THC in edibles. This is as a result of several factors. First, only 10 to 20 percent of THC in the edible is absorbed. Secondly, it takes long before its effects are experienced. This means that a consumer may take more of the edible thinking that it is not taking course. This leads to overdose.  It is even more challenging to measure the content of THC in homemade edibles. These may contain varied amounts of THC.

Due to its instantaneous effects, smoked marijuana allows the smoker to gauge its effects. They are able to know when they are close to their desirable dose and hence can easily adjust appropriately.

Edibles are healthier than bud by far. First, they are environmentally friendly. Unlike in flower where marijuana is consumed through smoking, edibles produce no smoke. This ensures there is no environment pollution. This also ensures there are no secondary smokers who in most cases smoke involuntarily.

Smoking causes lung complications and other respiratory diseases. These are a major cause of death among smokers. This is highly avoided by consuming marijuana as edible without altering its effects. Edible marijuana is also good way for consumers who hate smoking.

Edibles take time before one gets high. Its effects, however, last longer unlike inhaled marijuana whose effects last for a short period of time. Therefore, one who uses edible marijuana gets value for their money, unlike their counterparts.

Edibles come in different varieties. These varieties make it possible to consume marijuana at any time and place. For instance, it is unethical to smoke in office. However, one can take a marijuana juice from the comfort of their office and enjoy its effects. A marijuana user can also take a marijuana cookie in a public vehicle without offending other passengers.  This is not the case with flower.

Cooking and preparing homemade edibles is a social activity. There is always fun in learning something new. On the other hand, smoking weed is no fun.

Edibles have nutritional benefit that lack in flower. This is because edibles have other components that are essential to the human body. Edibles come in different flavors. Hence, edible users are able to choose from a variety unlike flower smokers who do not enjoy a variety of flavors.

As pointed above, edible weed is environmentally friendly, nutritious, reduces risks of respiratory diseases and brings a lasting effect to desirable medical conditions. This indicates that marijuana edibles are healthier than flower. Our marijuana store
is open for your needs 24/7!

Treatment of Nerve Pain with Marijuana, Is It Real?

Cannabis in Quebec – Is cannabis legal in Quebec?