Guide To The Major Differences Between THC And CBD 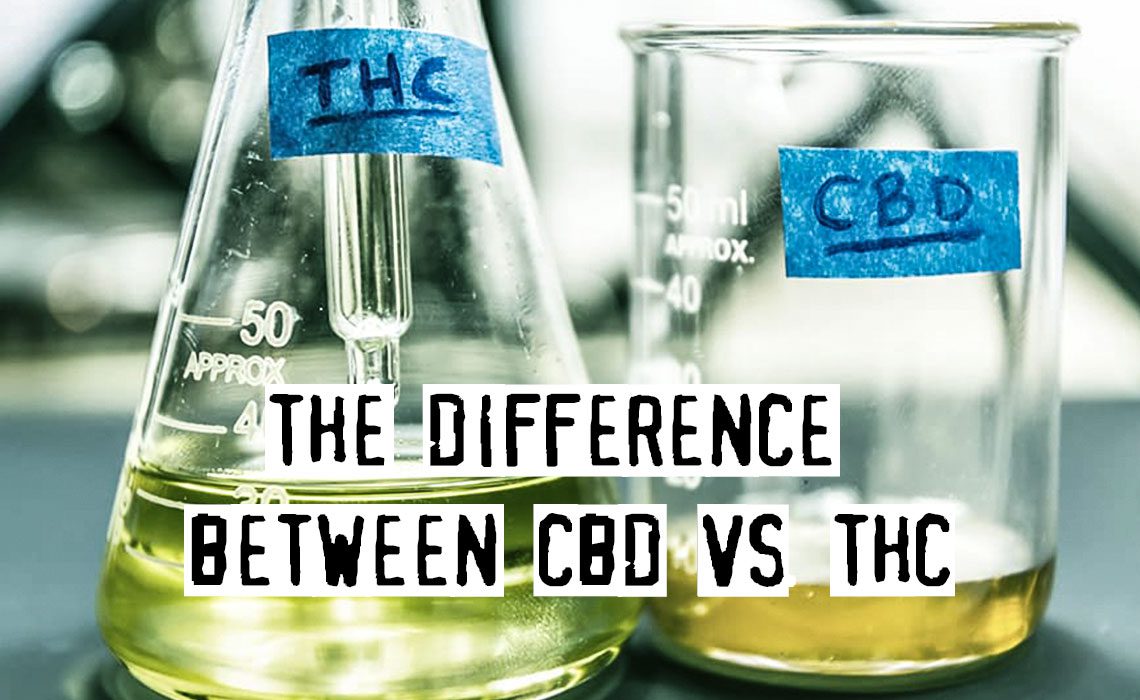 What are the Major Differences Between THC and CBD?

To fully understand the therapeutic benefits of cannabis, you have to understand its two major cannabinoids. These are tetrahydrocannabinol or THC and cannabidiol or CBD.

Similar to the endogenous cannabinoids produced by our cells, they also interact with our body’s endocannabinoid system. Their activation of this important biological system enhances the ECS` function in promoting balance within the body.

Cannabis plants contain both THC and CBD. But these two cannabinoids have major differences that separate them.

A Quick Look at the Endocannabinoid System

Before we go to the differences between THC and CBD, let’s take a quick look at the endocannabinoid system (ECS) first.

The ECS is one of the most important biological systems in the body. It’s A key player in several physiological and cognitive functions. It regulates mood, appetite, pain, inflammation, and stress reaction. It also plays a role in motor and sensory functions, memory, learning, pleasure, and reward. The ECS basically functions to preserve and promote balance within the body, including hormones and neurotransmitters.

The ECS contains two well-studied cannabinoid receptors, the CB1 and CB2 receptors. Some studies suggest there may be a third one, but little is known about it for now. Although these receptors are found in all parts of the body, CB1 receptors are more abundant in the central and peripheral nervous systems. CBD receptors, on the other hand, are predominantly found in the immune system.

Stimulus, especially pain and illnesses, prompts our cells to release endocannabinoids. They bind to the cannabinoid receptors to activate the ECS. Its activation results in homeostasis. There`ll be pain and inflammation control, muscle relaxation, mood stabilization, among others.

Our cells produce and release endocannabinoids only on-demand and when they’re needed. As soon as they`re released, enzymes quickly break them down for reabsorption back into the cells. Because of this, the effects of the endocannabinoids don’t last long.

Now, this is where the cannabinoids from cannabis enter. They give our ECS the boost it needs and correct the endocannabinoid imbalance.

THC is the most abundant cannabinoid in cannabis. It’s also the major cannabinoid that makes cannabis highly psychoactive.

Similar to our endocannabinoids, THC also binds to both the cannabinoid receptors of the ECS, activating them to produce their therapeutic effects. However, its activation of the CB1 receptor also produces the “high` associated with cannabis.

THC is also responsible for the other side effects associated with cannabis use as well. These include cotton mouth and dry, red eyes.

CBD is the second, most abundant cannabinoid found in cannabis. But unlike THC, CBD produces no psychoactive effects.

This CBD effect is actually very interesting. It explains how CBD counteracts THC`s psychoactive effects and reduces its potency.

What are the benefits of THC and CBD?

Both THC and CBD offer a lot of benefits.

These are just some of the therapeutic benefits of THC and CBD.

THC and CBD may have similar benefits. But they do have major differences as well. Below are some of the ways they differ:

As mentioned earlier, THC produces psychoactive effects. It is the cannabinoid responsible for the high users experience when they use cannabis.

CBD is non psychoactive and doesn`t produce a “high.” In fact, it`s known to dampen this THC effect.

Again, when THC activates the CB1 receptors, not only does it produce a high but it also induces anxiety and paranoia. This effect also triggers increased stress and agitation. In large doses, THC can even induce a panic attack. THC reduces a type of calming neurotransmitter called GABA. Low GABA levels result in increased excitatory neurotransmitters which then contribute to heightened fight or flight response.

CBD produces an opposite effect. It stabilizes mood by activating non-cannabinoid receptors responsible for regulating mood and emotions. Their activation then results in calming, soothing, and relaxing effects.

THC is not only psychoactive but it can be addictive as well. When you smoke cannabis, THC stimulates the reward and pleasure centers of the brain. Every time you smoke, it activates these centers and builds gratifying memories. The more you smoke, the more THC activates these brain centers.

Fascinatingly, CBD produces an opposite effect on the reward and pleasure centers of the brain. Instead of stimulating it, CBD actually dampens its response. What’s even more fascinating is that CBD actually reduces addiction to illicit substances, including marijuana itself. CBD also reduces symptoms associated with withdrawal from illicit drugs.

THC, when it binds to the CB1 receptors, promotes sleep. It reduces rapid eye movement activities during the REM stage of sleep. It also shortens the duration of REM sleep and allows individuals to sleep longer. The REM stage is the stage where dreams and nightmares occur. It is also the stage where your body prepares to wake up.

CBD energizes and promotes wakefulness. One study suggests that CBD activates the neurons found in the waking-related regions of the brain, the hypothalamus as well as the dorsal raphae nucleus. CBD`s stimulation of these areas promotes alertness and wakefulness.

THC and CBD may have a lot of differences. But it doesn’t mean that one is more superior than the other. In fact, these two can boost each other`s therapeutic benefits with CBD canceling out or at least reducing THC`s psychoactive effects.

On the other hand, if you`re after some powerful psychoactive effects, you might want to try these high THC cannabis strains.

Cannabis breeders are becoming more creative. With our society’s changing views on cannabis, we’re sure to see new, and maybe even more potent, cannabis strains in the market.

It’s important that you understand the differences between THC and CBD and how they interact with each other. It’s also just as important that you learn more about the different cannabis strains and their cannabinoid contents before trying them. This awareness helps you choose the best cannabis strains for your personal use, whether it’s for medicinal or recreational purposes. Feel free to check out cbd oil mail order option!

How to Find a Reliable Online Weed Dealer