How To Vape Weed, Pros And Cons Of Vaporizing 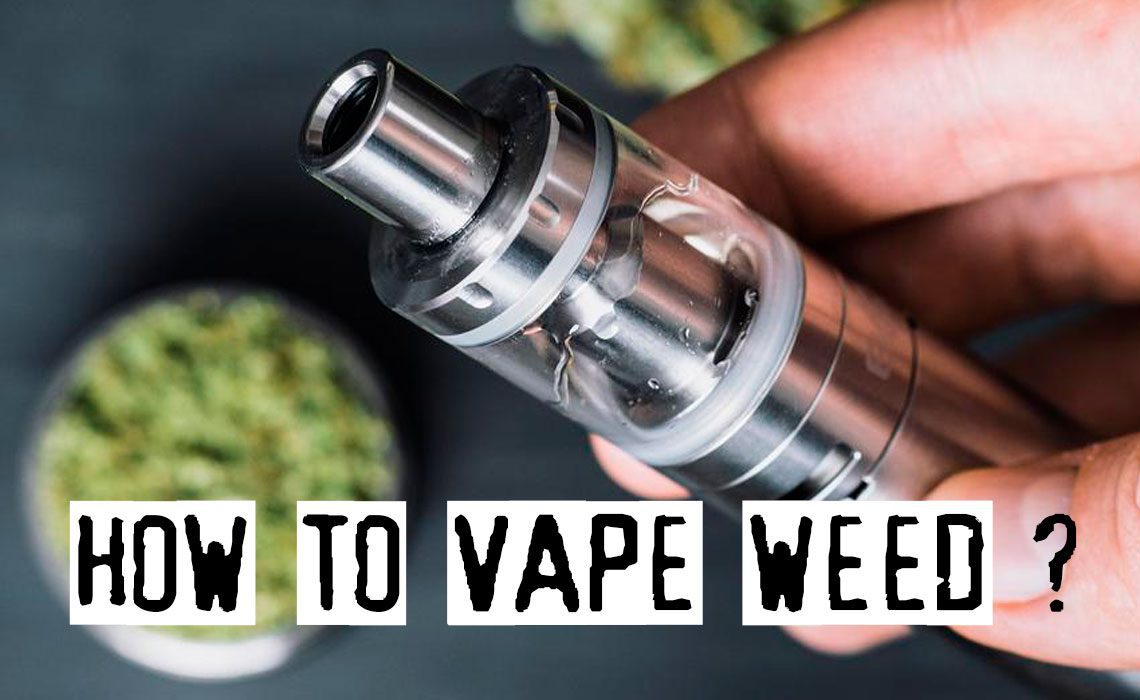 How to Vape Weed

Vaporizing is the process by which extracts of raw plant matter is heated without combustion. It is also referred to as vaping, especially when it is used as a means of consuming cannabis or nicotine. The heating process creates a vapor or aerosol which contains the active ingredients of the cannabis. It is the vapor that is inhaled by the user to achieve the effects of cannabis. No smoke is produced since combustion does not occur. The vapor looks more like a cloud of steam and less than smoke. It reduces the amount of smoke while maintaining the effects of the cannabis.

Vaporizing is often done at a temperature of up to 392°F, shortly before the cannabis begins to combust. Research has shown that the amount of compound released from the cannabis increases as the temperatures approach its boiling point. In 2009, a study was conducted where cannabis was vaporized at 338°F, 392°F, and 446°F. The ratio of cannabinoids to by-products produced in the vaporizing process was then measured. An analysis of the results showed that more the ratio was higher at 392°F and 446°F than in smoke. This led to the conclusion that these were the optimum temperatures for the release of Tetrahydrocannabinolic acid, which is commonly referred to as THCA. It also revealed that vaporizing released less harmful toxins than smoking.

Vaporizing is done using an equipment known as a vaporizer, a vape pen, or a vape. Different types of vape pens exist in the market and are available for sale at reasonable prices. Most of the times, the types of vape pens depend on the kind of material that is vaporized within the heating chamber. Cannabis can be manipulated into different forms for vaporization. These forms include liquid, solid, and wax forms. In its liquid form, it is referred to as a vaping juice. A cannabis vaping juice contains vegetable glycerin, propylene glycol, CBD and/or THC as the main ingredients.Marijuana can also be found in oil form, known as hemp oil. Hemp oil is prepared through the extraction of the active elements of cannabis and transfiguring them to liquid form. Hemp oil is available for sale in marijuana dispensaries and can also be used as the main ingredient in vape juices. Solid marijuana used in vape pens are usually dry buds that are ground and fed into the vaporizer. Cannabis can also be mutated into a wax form and used in vapes.

Vaporizing has been around for years, but their benefits have become more only in the last few years. At the top of the list of benefits of vaporizing is improved heart and lung health in the long and short-term. Smoke from burning marijuana irritates lungs and introduces carcinogen into the body which in the long-term can lead to chronic bronchitis. Another important benefit of vaping is its discrete nature. Vape pens emit less smoke and therefore less smell meaning they are hard to notice in public. The smell of cannabis still exists when you vaporize, but it is not as pronounced as when smoking a joint. This makes vaping suitable for use both in public and in private.

Recent studies have also shown that vaporizing improves the taste of cannabis. Using a vape allows users to get a real taste of the flavor notes of cannabis that are usually hidden by the smoke in burnt weed. The resulting taste of vaporized weed is clearer, cleaner and therefore better. Reportedly, vaporizers also produce a better high than smoking weed. This is down to the efficiency of vape pens in the usage of cannabis. Vaporizers release only the desirable cannabinoids that give cannabis its unique effects. As a result, the same amount of weed can produce more high or effects when vaporized. Some vaporizers come with a digital temperature control that allows consumers to control the ratio of active components that they inhale. This enables cannabis users to easily control dosages to preferred levels.

Is Vaping Healthier than Smoking?

Much of the debate surrounding vaporization has often involved comparisons with smoking. One of the most important issues that have risen from this debate is the health benefits of vaping over smoking. Several studies have displayed consistency in establishing that vaporizing reduces the amount of combustion toxins associated with smoking. Vaping produces less carcinogenic compounds that may be harmful to the body than smoking. The process of vaporizing also said to remove about 95% of the smoke that is inhaled during smoking.Smoking of any form is known for its negative effects on the respiratory system such as bronchitis, irritation of the lungs, and cancer of the lungs. Since vaping eliminates most of the smoke from burnt cannabis, it can be concluded that it will result in less respiratory effects.

How to Vaporize Weed

Before one begins to vaporize, they have to choose the type of vaporizer that best suits them. Vaporizers come in different sizes and shapes. The only things that are same for almost all vapes are the power source (either a plug or battery), the heating element, and a chamber that carries the cannabis, a heat activation button, and a mouthpiece for the inhalation of the vapor. Using a vaporizer to vaporize cannabis follows four simple steps.

1. Turn on the vaporizer. The heating element needs to be warmed up before use. Depending on which type of vape you have, this might take a while or a short time. Patience is needed to wait until the heating element is sufficiently warm after which you can switch it off.

2. Grind the marijuana bud if the vape is of the type that uses dry cannabis. It is preferable to make a finely ground herb because most vaporizers function better with fine grinds.

3. Insert the ground marijuana into the chamber. Ensure the contents of the chamber are tightly fit together to remove unnecessary air spaces.

4. Turn the vaporizer on again and set it at the suitable temperature for vaporization according to the instructions in its manual. Wait until the temperature reaches the point of vaporization then inhale slowly. Take caution not to heat the marijuana above the recommended temperature to prevent it from burning. Use steady breaths while drawing in the vapor for maximum effect.