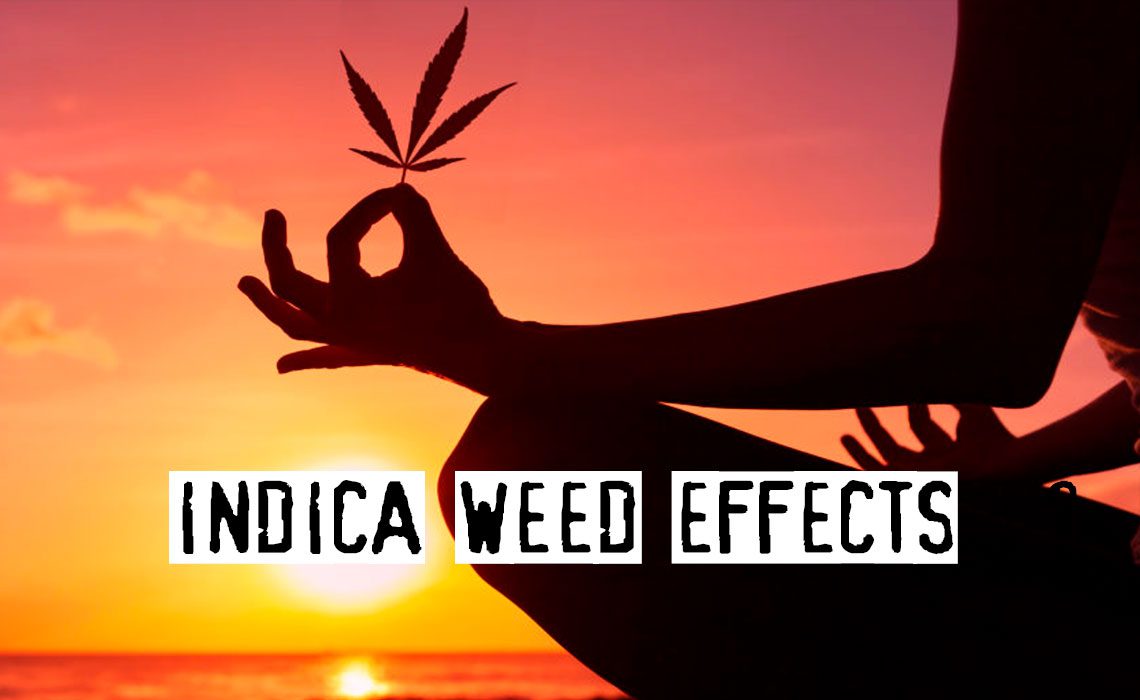 Many beginners to cannabis oftentimes get confused between Indica and Sativa. While both are from the same cannabis family, they are actually two different types of marijuana. Below are some of their differences.

Indica and Sativa- What are Their Differences?

As mentioned above, the two may look similar, but Indica and Sativa actually have distinguishing features and characteristics that can help you tell them apart.

It was in the 18th century that the terms Sativa and Indica were first coined. They were introduced to differentiate between these two major cannabis types.

Sativa was first used by Carl Linnaeus to describe the type of cannabis plant that flourishes in Europe. This plant is also commonly found in Western Eurasia.

Indica, on the other hand, was first coined by Jean Baptiste Lamarck to describe the type of cannabis plant commonly found in India.

You can easily tell Indica vs Sativa apart by their bush stature.

Indica has a shorter and broader stature than Sativa. It is also bushier with denser leaves. An Indica plant can typically grow to as high as two feet. Some can reach up to six feet tall.

Sativa, on the other hand, has a taller and narrower stature than Indica. It can reach a height of about eight feet, but some Sativa plants can go as high as 15 feet tall. It is not as bushy as an Indica plant, and its leaves are not as dense as Indica.

Another way to tell an Indica weed from a Sativa weed is its leave structure. In fact, this distinguishing feature is one of the quickest and easy ways of telling them apart.

Sativa plants, on the other hand, have a thinner, longer, and narrower leaves than Indica plants. Its leaves are also lighter in color compared to Indica plants.

You can also distinguish between the two by their flowering time and the buds they produce.

Indica cannabis has a shorter flowering time than Sativa cannabis. It starts flowering and producing buds at about six to eight weeks of age. The buds, like the plant, look plumper, rounder, and denser than the Sativa’s.

Sativa cannabis, on the other hand, has a longer flowering time. It can start producing flowers and buds at about ten weeks, although some can go as long as sixteen weeks. Similar to its bush and leaf structures, its buds are more slender, longer, and thinner than an Indica’s.

Indica plants typically flourish in regions with a colder climate. They are commonly found north as well as south of the equator and thrive very well in countries like Afghanistan, Pakistan, and Morocco. They also flourish in Tibet and India.

Sativa plants, on the other hand, flourish in regions with a warmer climate. You can find them thriving in Southeast Asian countries like Thailand. They also thrive very well in Mexico and Colombia.

What are some of the Indica effects?

If you are wondering what are the effects of Indica, know that they both have similar effects. However, Indica produces more of a body high than a mental high.

Indica is best known for its body high. You feel lethargic, completely relaxed, and sedated. You will also notice a sort of heightened sense of your own body. It’s as if warm water is slowly enveloping you, from your toes to the tips of your fingers. As it washes over you, you feel your muscles start relaxing, taking away any body aches and pains you may be feeling.

Sativa, on the other hand, produces more of a head high. You feel trippy, energized, stimulated, and uplifted. Everything becomes even more fun and interesting that you want to immerse yourself in all these.

Indica plants have very potent relaxing and sedating effects. As the sedating effect washes over you, you feel like the gentle and calming warmth is draining away all your aches and pains. It will leave your body free from pain and fully relaxed from your head down to your toes. This is why Indica plants are famous for their body high. The effects are more physical than mental.

Sativa, on the other hand, energizes and invigorates. It gives your energy a boost that you feel ready to tackle the day. You feel more focused, creative, and alert. Sativa’s effects are mostly mental than physical.

Both types of cannabis stimulate the appetite. But of the two, Indica is more notable for its powerful ability to induce the munchies. The munchies is basically a significant increase in your appetite. So even if you have just had something to eat and your stomach is full, smoking or consuming an Indica strain will still make you feel so hungry.

One explanation for this is that the cannabinoids trigger the appetite center in your brain. They stimulate the brain’s appetite center into releasing hormones that tell you to eat. So even if you’re full, you will still feel hungry.

One of the most popular Indica effects is its ability to induce sleep. As mentioned earlier, of the two types of weed, Indica has more of a sedating, calming, and relaxing effect. It relaxes your muscles and makes you so sleepy you will want to do nothing but sleep.

Indica is also known for its ability to induce a phenomenon called couch lock. This is a feeling of extreme relaxation and sedation that you will feel like you’re locked to your couch, hence the term couch lock.

Sativa, on the other hand, does the opposite since it gives your energy a boost.

If you are wondering what is Indica used for, some people use it to control their pain. Both Indica and Sativa strains have powerful analgesic effects though. Consuming either strain has the ability to take away your pain and leave you pain free.

However, of the two, Indica is preferred by many when it comes to pain relief. Not only is it taking away their pain, but it is also relaxing their muscles. These effects, plus Indica’s ability to induce sleep, can help people with chronic pain get some sleep. This is especially helpful if their pain is preventing them from getting enough rest.

What are some of the popular Indica weed strains?

There are many types of Indica strains. Some are so potent that it has become parent strains to popular Hybrids. If you want to buy Indica weed, then here are some good choices.

Although a Hybrid strain of 80% Indica and 20% Sativa, 9 Pound Hammer possesses all the best Indica high effects. This particular strain was created by mixing three powerful strains. It is a three-way cross between Jack the Ripper, Gooberry, as well as Hell’s OG.

If you’re a beginner to cannabis though, be careful of this strain. Too much and you’re sure to find yourself in a powerful couch lock. But the deep sleep it gives you can be very satisfying.

Afghani is probably the most famous, classic Indica strain. It is loved by many cannabis connoisseurs for its potent body high. In fact, because of its potency, it has become a favorite strain to cross with other types of weed, giving rise to several award winning strains.

Afghani is 100% Indica and is commonly found in the Hindu Kush Mountains. But its effects have made it so popular it quickly dominated the cannabis world.

If you want to try this strain, you should also prepare for the munchies. Afghani is a strong appetite stimulant, so have some snacks ready when the munchies hit.

Similar to 9 Pound Hammer, Vanilla Kush is also a Hybrid strain at 70% Indica and 30% Sativa. The best thing about this strain is that it gives you all the benefits of a good Indica strain, but it won’t knock you out cold. That is if you don’t take too high a dose of Vanilla Kush. Too much, and you’re sure to find yourself looking for a couch or a bed to sleep on.

Tuna Kush is also a Hybrid strain at 75% Indica and 25% Sativa. However, not much is known about the history of this particular strain. But there are those that say though that Tuna Kush is one of the phenotypes of Hindu Kush. Hindu Kush is another type of pure, 100% Indica strain.

Originating from British Columbia, Canada, Tuna Kush is one of the most sought after Indica-dominant strains in the market right now. It is famous for its ability to crush pain and relax the muscles. It is also popular for the way it improves mood and calms the mind.

Master Kush is another type of Indica-dominant Hybrid strain at 95% Indica and 5% Sativa. It possesses all the good features of a pure Indica, and it also possesses the uplifting and stress-busting effects of its Sativa roots.

This particular strain is said to be a cross between two types of landrace strains that can be found in the Hindu Kush Mountains. It induces a powerful sedating and relaxing effect that fully relieves pain, and it also increases appetite.

If you’re going to use this strain though, be prepared for the munchies. So stock up on snacks and plenty of water.

It’s relatively easy to distinguish between Indica and Sativa. You can easily tell them apart by their characteristics, features, and effects.

How To Buy Weed In Canada