Pros And Cons of Cannabis Legalisation 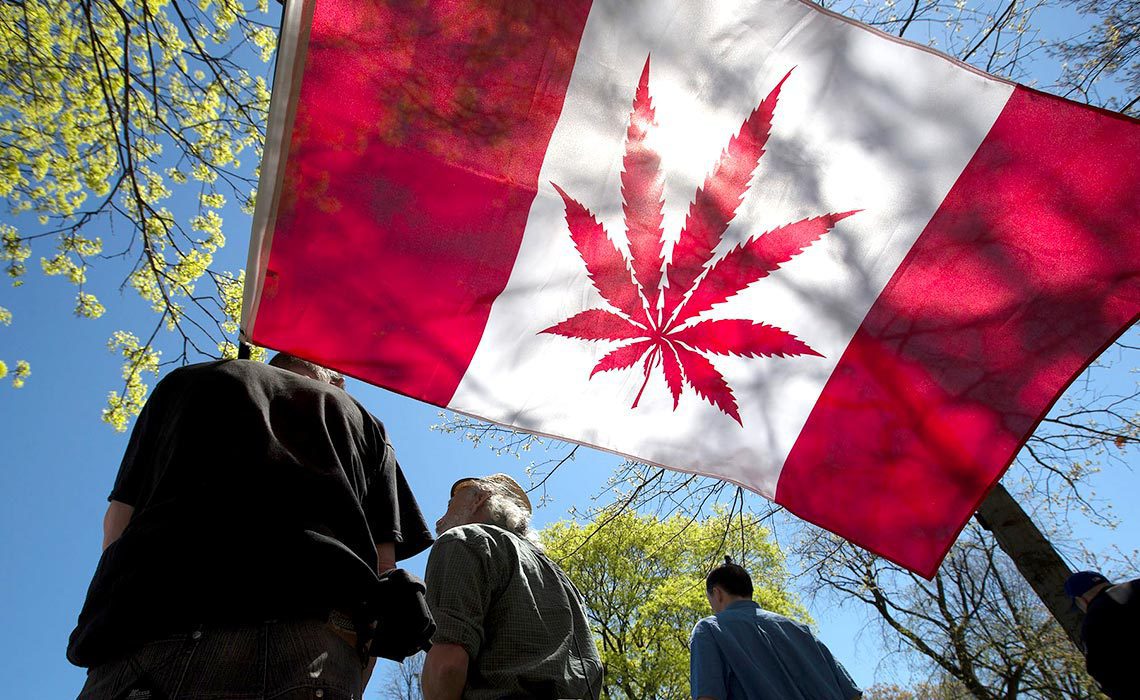 Cannabis is a drug obtained from a plant called cannabis sativa. Marijuana is the drug obtained from the leaves and flowers of cannabis sativa. It is also known as pot or weed, depending on the environment. It is a psychoactive drug that has two main uses: recreational and medicinal. The Cannabis Sativa plant can be grown wildly and in any climate. Cannabis is made from the flowers and leaves of the Cannabis Sativa plant. It can be used in three different ways: hash oil, hashish and marijuana. The cannabis is smoked or made into edible foodstuff like cookies or brownies. Globally, much of cannabis is produced in South America, in countries such as Colombia and Brazil. Once produced, it is processed and sold. It is sold both locally, regionally and also internationally across the continents. Due to the ban placed on its usage by most countries, the distribution of marijuana is done via proxies and Backstreet business, collectively termed as the black market.

The effects of marijuana smoking can be categorized into two- short-term and long-term. Short-term effects often emanate from the immediate impacts of the usage. It can bring about reduced levels of concentration due to a compromised memory span. One cannot concentrate on a given task for long, or easily forgets certain issues. It is however interesting to note that there are indeed some people who claim to experience the opposite after smoking marijuana. Whether that is true or not is a subject of scientific study. The long-term effects of smoking marijuana are still based on memory and cognition, as well as addiction. One tends to be very forgetful, even on important things.

Effects of Marijuana on driving

Using Marijuana while driving can impair one’s judgment. The driver starts to ‘see things in two’s’ thus becomes confused and as a result, it may lead to road accidents. It also affects motor coordination, ability to concentrate and finally it can also greatly impact one’s driving skills even for a well-trained driver. This eventually leads to increased level of auto-crashes that causes injury and sometimes loss of lives.

Effects of Marijuana on memory and learning

According to the research, marijuana has a very serious impact on the brain. The brain is known for its coordination of impulse transfer across the whole body, but when someone smokes marijuana, he or she brings problems to the brain. The drug compromises the release of dopamine, a chemical that is integral to the brain’s reward system in areas of the brain where learning and memory takes place. Also, heavy use of marijuana may impair the dopaminergic system which could have negative effects on learning and behavior.

Effects of marijuana on appetite

Smoking marijuana leads to increased appetite for many users. This is well known as `munchies’ and as result it leads to increase in body weight. Obesity may also be realized as a result of increased appetite. Marijuana affects appetite in the following way: it affects the user by interacting with specific receptors located within different parts of the central nervous system. As a result, it activates hypothalamus part of the brain, thus an impulse is sent from the brain to the related parts of the body. Eventually, the user gets hungry and becomes in need of food at very short intervals. It has also been noted, according to recent research that those who use marijuana also tend to have an increased appetite for crisps.

Smoking marijuana has been researched extensively and found to have various effects on not only the user, but also the surrounding people as well as systems. First, prolonged usage of the drug results in addiction. Cannabis has a main active ingredient, which is known as delta-9 tetrahydo-cannabinol. This active ingredient is usually known as THC. The THC gives the high feeling when cannabis is taken.  It is this ‘high’ feeling that slowly and gradually makes people so dependent on it. Addiction often comes slowly, and the user might not really discover that he or she is addicted, until it is too late. Mostly, people smoke marijuana to help them feel either excited or relaxed, depending on how one’s body reacts to it. It therefore comes too late when one realizes he or she is indeed addicted to it.

The Canadian public is continuously looking for what it terms as a ‘social intoxicant,’ a substance that can be used widely in social events or social places, which is not necessarily the traditional alcoholic brews. The idea of marijuana legalization has resulted in some sort of frenzy in the country, as both the users and sellers try to organize themselves accordingly, to take advantage. Sellers are trying to reposition themselves in anticipation of the expected new markets that would come out of the legalization. Politicians have already initiated the Cannabis Act, which would be the ultimate policy that authorizes the public usage and sale of the drug.

Pros of marijuana legalization in Canada

Legalization of marijuana would result in a reduced black-market network in Canada. Currently, there is the ban still in place on the drug. This has not, however, prevented people from using it. Statistically, it is approximated that about 15% of the population uses marijuana on a regular basis. What does this mean? It is an indicator that even though there is a blanket ban on it, there is still some way in which marijuana circulates through the backstreets. Its legalization would therefore result in opening up the lid over what has been one of the worst kept secrets in the country – there is a booming marijuana black-market. While at first it would result in increased usage by Canadians, the frequency would soon level off and the initial craze will wane, just as is the case with alcohol.

It would also bring to the fore new businesses that would be taxed and hence contribute even further to the economic development of Canada. Currently, this is not possible as the authorities simply assume that the business is illegal and hence, cannot be taxed. It is more like a case of burying one’s head in the sand, like the proverbial ostrich. By acknowledging the business, its taxation would in turn bring more revenue for the local authorities and the central government than the current state where nothing is being collected but a lot is made. As a result, it would have positive effects on the economy of Canada.

Cons of marijuana legalization in Canada

The legalization of pot, as marijuana is also called, raises concerns for the military. This is especially related to the issue of workplace safety. It is still unknown, how such legalization will impact on the safety of the soldiers at the workplace. These are individuals who spend most of their time handling weapons and carrying out duties that call for a lot of focus and commitment, such as search and rescue missions. The prospect of having a soldier smoking weed while at the workplace offers a headache for the entire military management. Similarly, the police would also face the same challenge. Will they have to step back a bit when it comes to law enforcement, especially when it comes to weed users? The legalization would definitely call for a paradigm change in the entire security system.

The other disadvantage is that it will significantly affect education. For example, while alcohol has a legal age that one has to attain for usage, weed doesn’t. Will it also take up the drinking age and use it as the formal ‘weed smoking’ age? It is therefore something that is going to call for the passage of additional laws geared towards the control of marijuana usage.

Legalization of marijuana can also lead to an increase in the level of drug impaired driving. This is because marijuana is much known as a significant causal factor of highway crashes, injuries and death. It makes the user to have visual impairment due to wrong coordination of the brain. The user as a driver may also tend to forget the basics of driving as learned earlier, thus lead to very grisly road accidents.

Legalization of marijuana may also lead to issues with finance and spending. The marijuana users will not be limited to any one irrespective of age. Therefore a lot of youths and adults will engage themselves in smoking activities to larger extents until a huge chunk of their finances will have nowhere else to be spent apart from purchasing marijuana. There will be decreased rate of development, especially in terms of family relationships. Laziness and irresponsible behavior may also be another effect whereby majority of workers smoking marijuana can fail to take full responsibility at their places of work. As a result, there is lower productivity of the workforce, which means lower profitability of the organizations. On the larger picture also, it brings about lower rate of economic development.

It may also lead to serious mental and physical problems among the users. According to rapidly developing research, legalizing of marijuana will not only affect finances, but also the mental and physical development among the users. Usage of marijuana by a large number of citizens leads to a generally disorganized populace. This condition undermines a good relationship among citizens, thus preventing maximum co-operation among family members and also the nation at large. While this is a general fear that has not yet been proven, the effects mentioned prior can be enough testament to clearly base this argument upon.

Just like cigarettes, marijuana smoke is dangerous to the entire breathing system. It causes irritation to the throat as well as the lungs during the smoking process, which often results in heavy coughing by the user. If the user has any prior issues to do with his or her breathing, it might become worse while smoking marijuana. For example, the risk of chronic bronchitis is higher among smokers of marijuana than non-smokers. Marijuana smokers are also at risk of having hyperinflation of the lungs and more resistances along the airways. There is also the potential that smoking marijuana weakens the immune system of the respiratory system, predisposing its users to the risks of respiratory diseases. A sick populace is a sick nation. And a sick nation is a weak economy.

How to buy weed after legalization

Once legalized, the buying of weed will be controlled according to the rules set in place by the provinces. Particular stores or outlets specifically provided by the provincial authorities, or even both, would be the most likely places to buy weed. There is also the other option whereby one can make marijuana purchases from online stores. When it comes to getting a distributor, it was unanimously agreed by the Canadian provinces that this would be done by the designated liquor boards or its subsequent agents. In conclusion, marijuana legalization in Canada still stands to be a matter of a formality, as the Act is already on its way to passage into  law. The pros and cons more or less balance, but the pros hold an upper hand over the latter.

Cannabis for Migraine, How To Cure Migraine With Weed