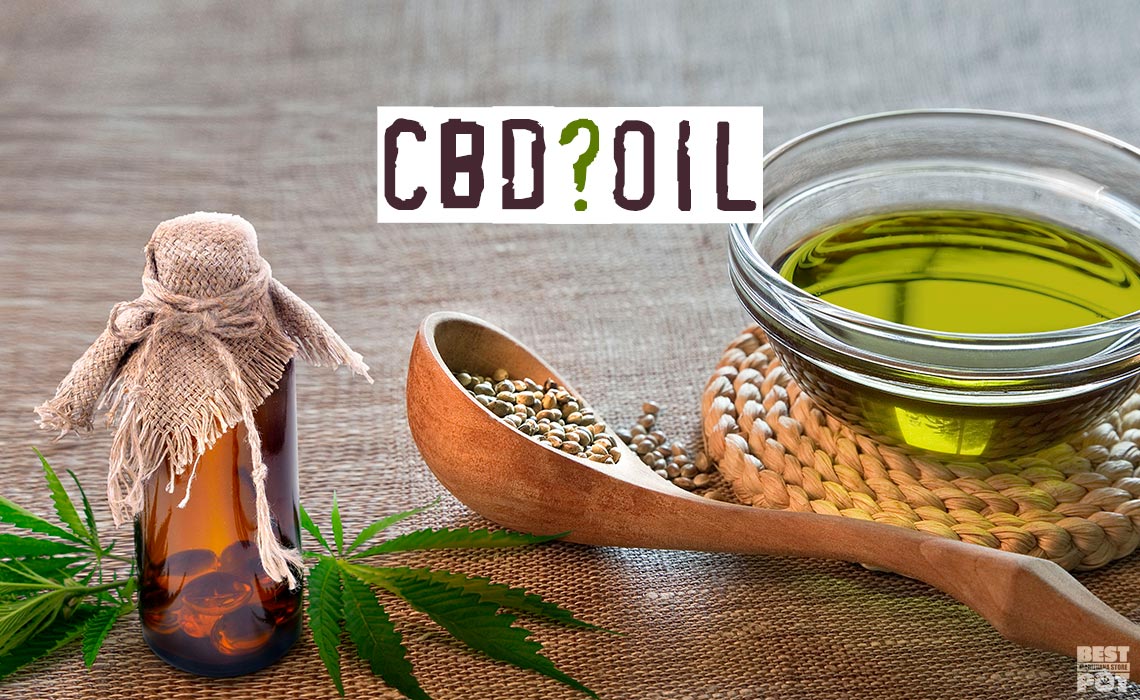 What is CBD Oil?

CBD is one of many ingredients which make up the active ingredients which constitute the high people can get from marijuana. THC is the main ingredient, the one which reacts with the appropriate receptors in the brain to produce the high of the drug. CBD also reacts with these receptors, but at a rate which is one hundred times weaker than THC, so the effect is not the same. CBD will not be psychoactive, so people can use it without fear. This means that it can be legal in places where marijuana is generally illegal, and be used there by anybody who wants.

How is CBD Oil Made?

CBD oil is often mislabeled, with other things masquerading as it, and it is also commonly found mixed with MCT oil. What people do is extract the resin from the buds and flowers of the cannabis plant, or from hemp, which is an industrial product (related to cannabis) which itself has no teal psychoactive effects. CBD oil is then expressed from the resin into a hyper-concentrated form, allowing people to use it a drop or two at a time. This can make it more versatile than other forms of marijuana, since it requires less to have the same effects on the user.

How Does CBD Work?

CBD works because in the form it takes, it can be ingested, rubbed onto the skin, vaporised, or used in vaping technology. It does not need to be changed into any different forms to be used. While CBD is one of the weaker ingredients of the cannabis plant, it is still an active ingredient, and it works by being applied, or ingested, or inhaled by someone who has symptoms which might benefit from the use of CBD oil, or who might want some of the effects without any of the high which is normally associated with marijuana and the various forms it takes.

The main benefit is that CBD oil will not get you high. Not only does this mean it can be used by people who need the relief it can give them without any compromise on the side of needing to sleep, or be unavailable for the rest of the day due to being unable to get off the couch, it also means that people can get hold of CBD oil in places where marijuana products would otherwise be illegal. It is also helpful because it is available in one form, but it can be used in a huge number of different ways.

Marijuana has been used for many millennia as a method to relieve pain, but our own scientists have only recently found out about the active ingredients within marijuana which allow this to happen. Pain relief happens when the active ingredients (cannabinoids) which exist in marijuana interact with the naturally occurring endocannabinoids we have, which deal with sleep and hunger, and other functions which inevitably come up. Pain relief is something which CBD oil in particular is being used for, because the cannabinoids which it has in it are strong enough to affect pain, but not enough to bring along the high normally associated with marijuana.

Depression is a common and growing mental health concern within our society, and although we have a number of drugs to combat it, those drugs come with a number of side-effects which are more or less debilitating. CBD oil allows us to control and treat depression and other mental health issues without any of these side effects. CBD oil is strong enough to have an effect, but not strong enough to bring any of the associated high with it. It also does not have any of the deleterious side-effects which our usual pharmaceuticals have, which means that it can be used more effectively.

The cannabinoids present in the CBD oil might have an effect on some types of epilepsy, as they work to help people relax. The relaxation which is brought on is something that affects people both mentally and physically, the muscles relax, therefore reducing seizures and their seriousness, and the minds relax, which can sometimes lessen the fear of a seizure, or the risk of it. This relaxation effect is sometimes also accompanied by extreme tiredness; more research is still needed, but the first findings are promising in handling and treating epilepsy.

This is a two-pronged approach, since CBD oil has been tested on cancer itself, and on the symptoms of the treatments for cancer. There is some research to suggest that cancer may be affected by concentrated amounts of CBD oil, but those studies are still very much in their infancy.

CBD oil has some effects on the symptoms which can come on as a result of treating cancer, however. Its reputation as a good stress reliever and muscle relaxant is good for people who are suffering from nausea and overall pain. There are medicines which would also help, but they don’t always work – CBD oil works.

The cannabinoids which are present in CBD oil, and which interact with the body’s naturally produced endocannabinoids, have not been shown to treat the causes of dementia itself (the possible effects of heavy marijuana use on memory and thinking seem to work against that), but they can treat the symptoms. Some people who suffer from dementia and Alzheimer’s can become very agitated in both body and mind, and CBD can work to calm them, and make them feel easier in their minds. CBD oil can also help them to sleep, and sleep well.

CBD oil is being studied to see how it can help in treating diabetes – there has been reason to think that it might have an effect on the pancreas, where insulin is made. CBD oil can help to reduce the inflammation which can cause type two diabetes, and it has also been shown to positively impact the areas of tissue which can suffer from reduced sensation when the body is diabetic, meaning that fewer people will have to suffer through reduced sensation, and fewer people will therefore need to get amputations. CBD oil is good for people who suffer from diabetes, whatever the type and their symptoms.

CBD oil is something that helps people to relax, using it to curb anxiety is one of the most prominent uses it can be put to. CBD oil works by promoting the endocannabinoids which we have naturally in our bodies, to produce a soporific effect which can spread throughout our bodies, helping us to relax more, and to feel more at peace. CBD oil helps us relax physically as well as mentally, meaning that the stress we are feeling is attacked on both sides.

Heart health can be helped by using CBD oil because heart problems are quite often linked to mental and physical issues with relaxation. Helping to alleviate these symptoms can contribute to overall heart health, as it means that people are less likely to suffer from the results in the form of high blood pressure, stress-related diseases, and all the other problems which can be associated with being unable to relax, and keeping your stress levels abnormally high. CBD oil works to combat the effects of stress and insomnia, making you much less likely to suffer from heart problems.

Side Effects of CBD Oil

CBD oil is used by many people specifically because it has a very weak interaction with our own native endocannabinoids, but it can still have side effects. These can include dizziness and sleepiness, both of which are caused by the cannabinoids interacting to overstate our own natural endocannabinoids, which work on sleep and balance. While the oil is very good for pain relief, it can sometimes be too strong, which can lead to people feeling as though they can’t use the area completely, because the same active ingredients which cause the pain relief also cause feelings of relaxation and heaviness.

Cannabis For Chronic Pain, Is It Effective?